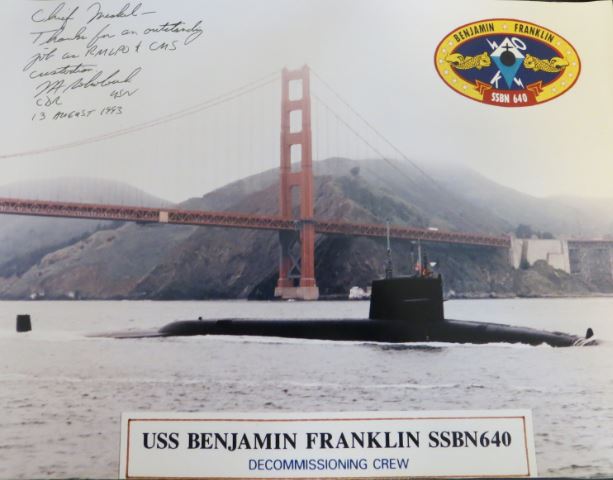 With the 4th of July holiday here, just as with Veterans Day and Memorial Day, I take time to pause and reflect on my past. As a US NAVY veteran of 26 years, there is much to reflect upon. I am proud to say that I was a crew member on two separate classes of Fleet Ballistic Missile Submarines nicknamed “41 for Freedom.”

These nuclear-powered submarines were armed with intermediate-range SLBMs and formed one point of the TRIAD that served as the deterrent force against the threat of nuclear war with any foreign power threatening the United States during the Cold War. The other two components were strategic bombers and land-based intercontinental ballistic missiles (ICBMs). 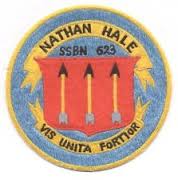 My first tour of duty was on board USS Nathan Hale SSBN 623, a 616 Lafayette class “Boomer,” from 1982-1986.
My second sea-going command was on board the USS Benjamin Franklin SSBN 640 from 1990-1993. My final duties serving as part of the Decommissioning Crew which took her through the Panama Canal, under the Golden Gate, and on to Mare Island, CA.

Many years, many different boats, and many patrols later, I ended my career at Submarine Squadron Sixteen where by the time I retired, I had the opportunity to have ridden every ballistic missile submarine currently stationed on the East Coast. Twenty-six years went by quickly (at least from this perspective). It felt like time that was spent pursuing a worthwhile cause contributing in some small way to the defense of the nation.

What next? How do you top that? There are not very many civilian submarine companies out there. My background was in the field of communications and the handling and processing of classified information. Eventually, I found some great new “shipmates.” We started our own company, SCIF Global Technologies, where we design and build Sensitive Compartmented Information Facilities (SCIF) and Secure Access Program Facilities (SAPF), like the rooms and buildings in which I spent so much time during my Navy career.

They say that the Cold War is over. That is debatable, but it is undeniable that the threat of global terrorism and industrial espionage is at an all-time high. The need to closely protect our nation’s classified information has never been more essential. We offer solutions that are temporary or permanent, portable or modular. With this, we feel that we are able to contribute once again by supporting the war fighter in the field. We take this opportunity to salute and thank all of our military brothers and sisters both active duty and retired. It is due to your unfailing efforts past, present, and future that we are all able celebrate another Independence Day as a free nation. 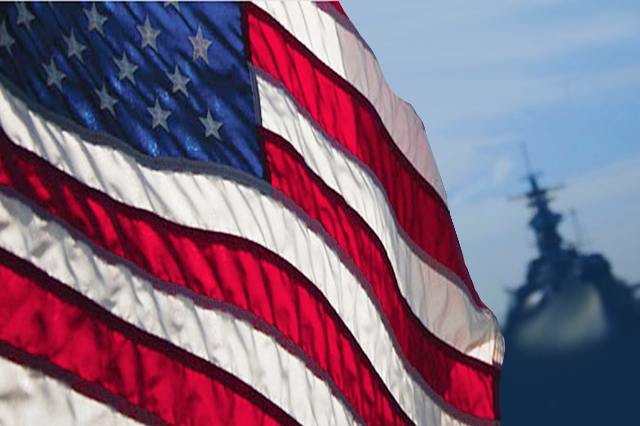 SCIF Global Technologies is proud to be a Sustaining Member of SAME, the Society of American Military Engineers and ASIS International.
We're also proud supporters of the Wounded Warrior Project.